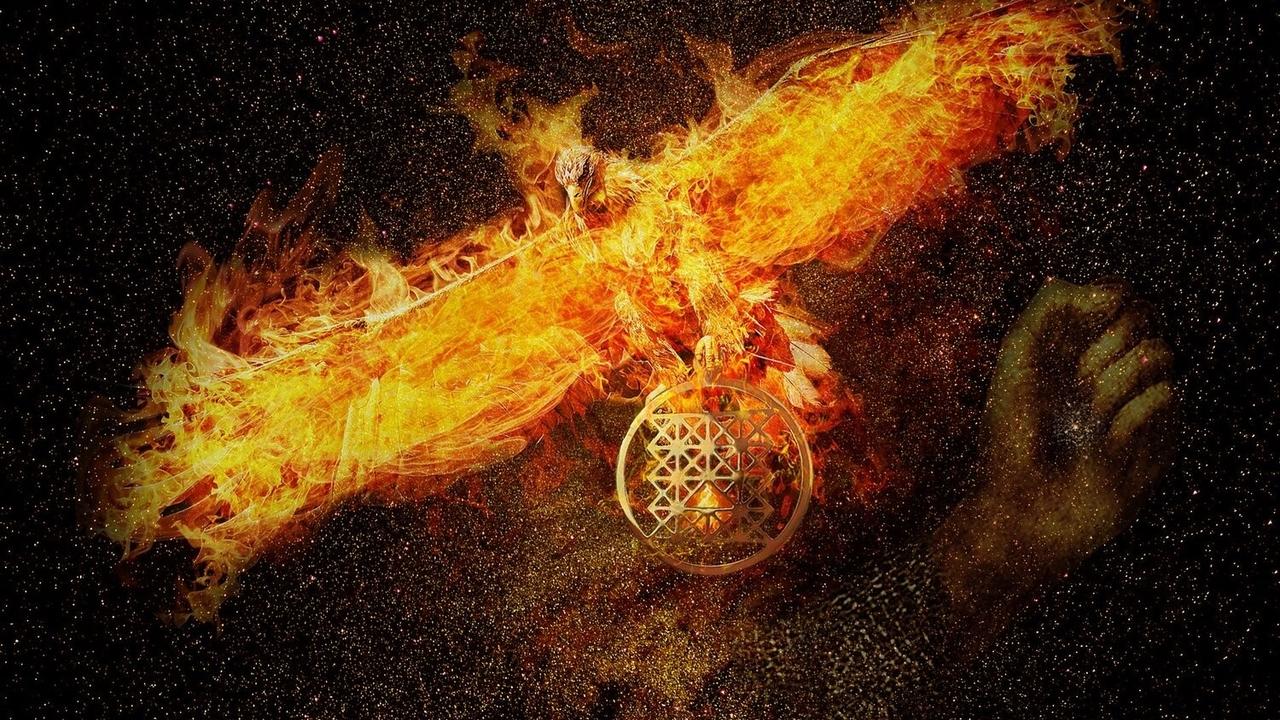 Discussions of mental health are often limited to discussing the psyche as if it existed as an autonomous entity, totally distinct in the way it experiences the world and devoid of influence from the events or minds around it. While there are certainly different degrees in reactions amongst persons to commonly perceived worldly stimuli, this notion is observably and absurdly false as it is evident events commonly experienced amongst humans often have similar effects on the psyche. For example, “cataclysmic events that shatter the basic fabric of society” such as war, mass violence, genocide, and pandemics are collectively traumatic experiences that have the ability to shape the psyche, culture, and structure of society itself (Hirschberger 2018). Throughout history there have been many periods defined by intense struggles, resulting in trauma-forged human bonds that ultimately lead to revolutionary upheaval, re-invention of identity, and a new way of being. I believe we are in one of these periods.

The infectious pandemic virus known as COVID-19 appears to have been a catalyst for a global chain of events that is still unfolding, is likely far from ‘over’, and has potential for escalation. Physical illness and deaths from the pandemic plough through society leaving wakes of grief, bereavement, and missing persons in the web of humanity. Drastic shifts in operations are disruptive to well-being. Psychological stress of illness threat is magnified by the generally uncertain and evolving scientific picture. Sensationalist media outlets latch onto scientific controversy, at best leaving readers confused and at worst intentionally using the opportunity to exacerbate baseline ‘infodemic’ conditions – The psychic habitat of the pandemic is fertile ground for fear and anxiety to run high as well as paranoid conspiracy to thrive.

It is apparent that in election years, particularly nasty forces are at play among channels persons frequently consume information from and it seems deliberate efforts are being made to politically weaponize infectious precautions such as wearing a mask or whether to ‘re-open’. Conversation that should be sensible and bipartisan into how we can collectively move forward, maximally preserve human life, and foster living conditions society can recover in has been hijacked by polarized arguments intended to paint absolute pictures of political opponents. These inflammatory tactics are not unique to pandemic issues as we have now witnessed an exacerbation or racial tensions resulting in our countries’ leaders encouraging use of military resources and force against its own citizens.

The economic fallout suffered due to responses to the pandemic have not been fully realized and will likely accumulate in the near future as stimulus measures run out and back rent, mortgage, and loan payments are reinstated. Economic disparity has become a hallmark issue of our times as the middle class shrinks, more persons live paycheck to paycheck, and wealth concentrates amongst an ever tightening inner circle of tech, retail, pharma, and food giants. Naturally, temperatures boil, desperation increases, and crowd psychology creates explosive and unpredictable scenarios.

All of this is happening on the backdrop of widespread ecologic destruction, massive losses in biodiversity, and unprecedented climate conditions in modern history. Scientific consensus around the ever-mounting environmental toll of humanity on the climate gives plausibility to wondering if COVID-19 is just the canary in the coalmine and how much longer we have until our cumulative climactic tab is due.

In short, it is difficult to imagine humanity ‘going back to the way it was’ before COVID-19 and if we did, it would likely be an illusory and unsustainable normal that will quickly give way to the next domino falling.

Perhaps this perspective is overly dramatic and reflective of the pandemonium running my own psyche, although am unconvinced it is grossly distorted or excessive. While much anxiety experienced as part of the anxiety disorders defined in psychiatry is in excess to what the stressors of the situation should evoke, the stressors of the current situation seem to match an appropriate level of concern. Fear and anxiety in and of themselves are not enemies, in fact they can be met as friends with an important message to deliver. Fear responses to threat are likely some of the most anciently evolved systems of life as it is a required response to avoid threat in a dynamic environment. Essentially, they are adaptive emotions that can motivate appropriate behavioral change and avoid looming threat.

So how do you cope? How do we cope? I suggest that a foundational psychological re-framing of the situation may offer hope. I invite you to adequately mourn, then completely let go of the idea we are ‘going back to who we were’ and embracing the idea of ‘growing into who we are becoming’. This process may need done both individually and collectively.

At a basic and personal level this looks like establishing a new normalcy to life’s routine. It is difficult to move forward when you are still moving through the motions of the past. It’s advisable this new normal attempt to prioritize habits that foster resilience and mental clarity in times of adversity: taking breaks and being judicious in news stories we consume, incorporating exercise, healthy eating as well as connecting with those we truly care about as much and in whatever capacities are reasonable.

Mindfulness has become a hot topic in conversations of mental health as a method of de-stressing or relaxation, although can also be a powerful tool for cultivating awareness, which is what is perhaps what is needed most. Rather than anxious catastrophizing, paranoid round-abouts, ignorant apathy, fantastical dissociation, or frozen despair, a steadfast vigilance to the changing circumstances and what new responses may be required of us in each moment is needed.

These changes being asked of us are not small demands. We are being tasked with transformation, which is an inherently arduous and messy process. As the former versions of ourselves burn in the metamorphic societal pressures of the times we are at risk for either crumbling into dust or rising from the ashes a Phoenix. We will need to help each other for the latter to occur and we return to awareness as a tool. How are others responding? Has anyone had sudden changes to their mood, become unreliable, or seems more impulsive, moody, or reckless? Have they started leaning on substances more heavily? Are they withdrawn, expressing feelings of hopelessness, or talking about death? These all are good reasons to check in with someone by simply expressing concern and asking if they want to talk. Listening to concerns without judgement, avoiding dismissing concerns as trivial, reassuring them and helping to arrange support – professional or otherwise – are appropriate responses.

Perhaps this is just new age spiritual bypassing and actually callous to the real struggles individuals experience, but have found no better way: For myself, there has been some comfort in the understanding that impermanence is an inherent feature of life itself. From moment to moment our consciousness shifts like clouds rolling across the sky. We are weathering stormy conditions. Cyclicality in life’s patterns as well as faith that stormy weather is a natural prerequisite for real positive change reserves a piece of mental space for hope and envisioning the new day: What does it look like?

Are we kinder and spending more time with loved ones or at each other’s throats over which divisive political trickster to vote for?

Do we meet tension with diffusive understanding or attempt to quell it with force?

Are our poor, downtrodden, and discriminated sections of society supported or has societies’ oligarchs looted the treasury again?

Is humanity flourishing in their rightful place in the natural order as stewards of symbiotic harmony on the planet or are we plundering alpha-predators bent on creating a boom and bust world?

Our current collective psyche is ill. COVID-19 has affected us all in some way shape or form. None of our lives look like they did before and nor will they look that way again ever. It is time to band together in our common suffering to create our vastly improved and critically needed society. If there is one thing that is certain, it is that collectively, the human psyche is indomitable. Let us mentally vaccinate each other and create psychic herd immunity, we do not need to wait on anyone to discover or invent this - it is the deepest knowing we have. We are each other’s medicine and together we will survive, recover, thrive, and look back at our former childish version of humanity, saddened by the loss yet supremely glad we grew up.

The pandemic has given us a license to reinvent ourselves, let us work together to utilize it optimally in this challenging rite of passage we must endure to birth a better world. 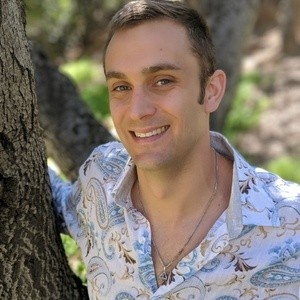 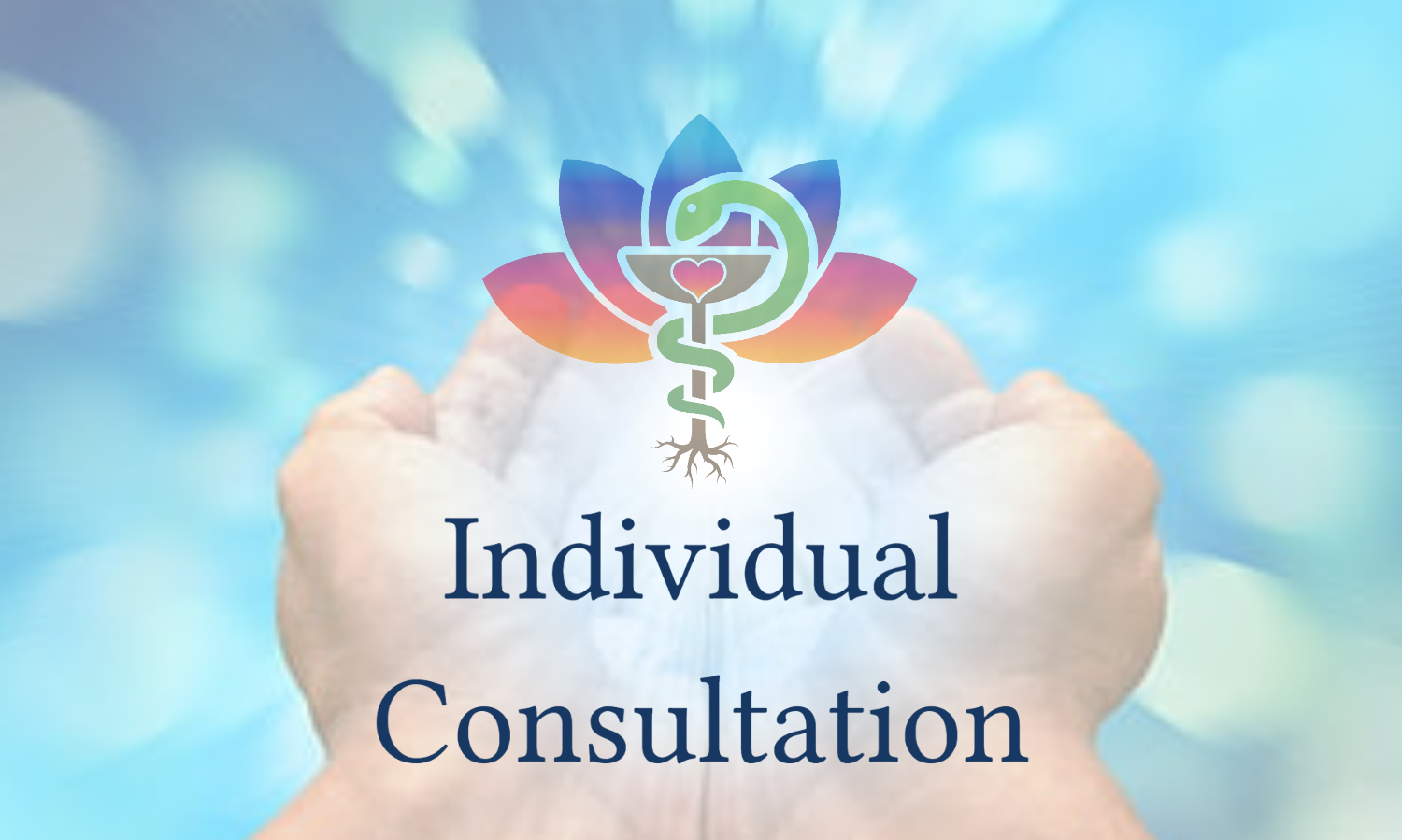 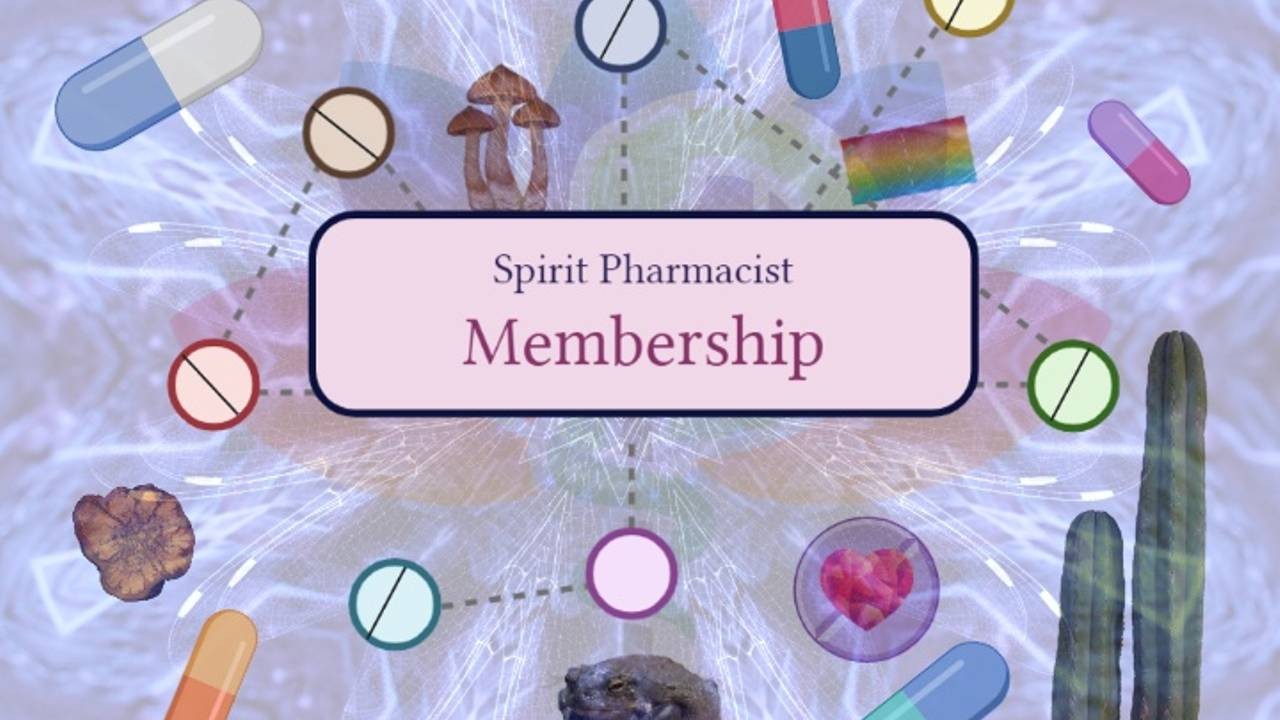 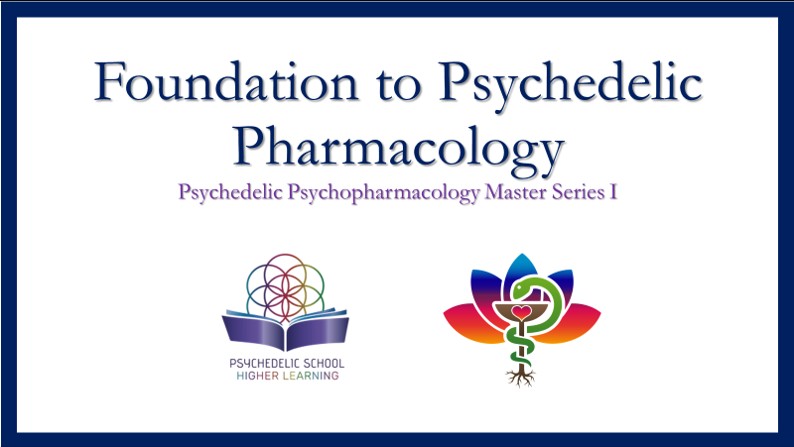 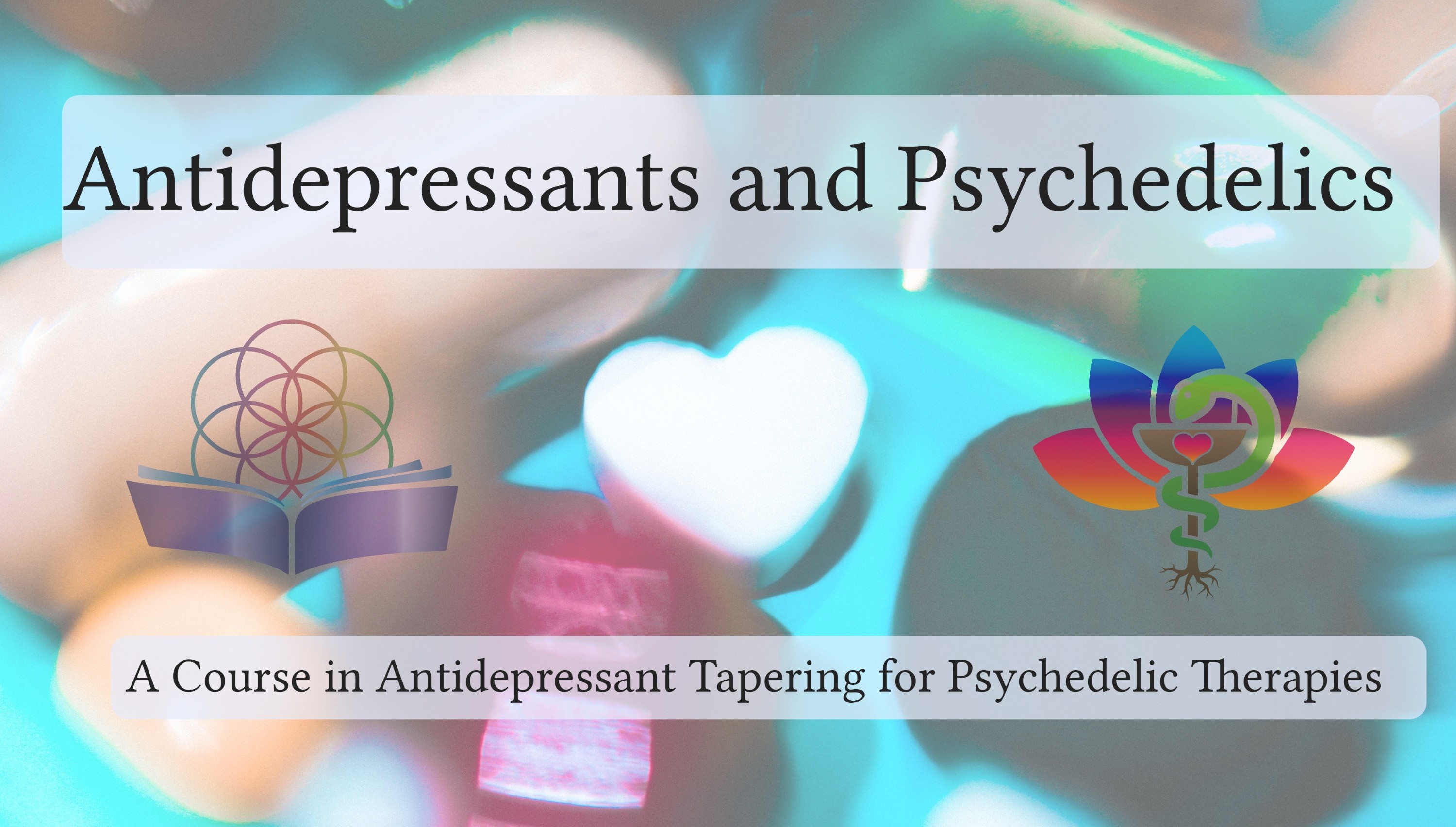 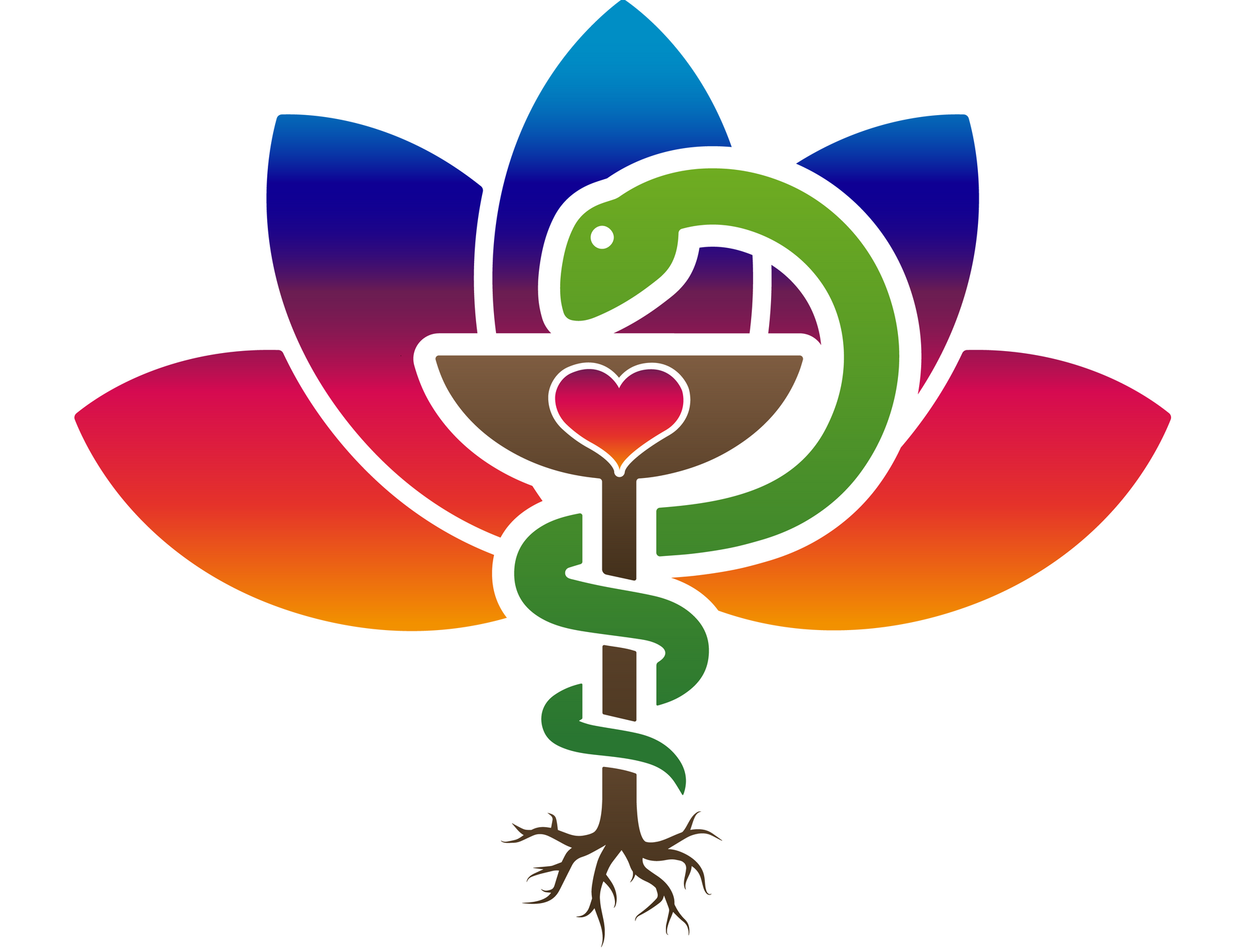