Dopamine Release and Duration of Action: Rules of Thumb to Predict Addictive Potential of Phenethylamines 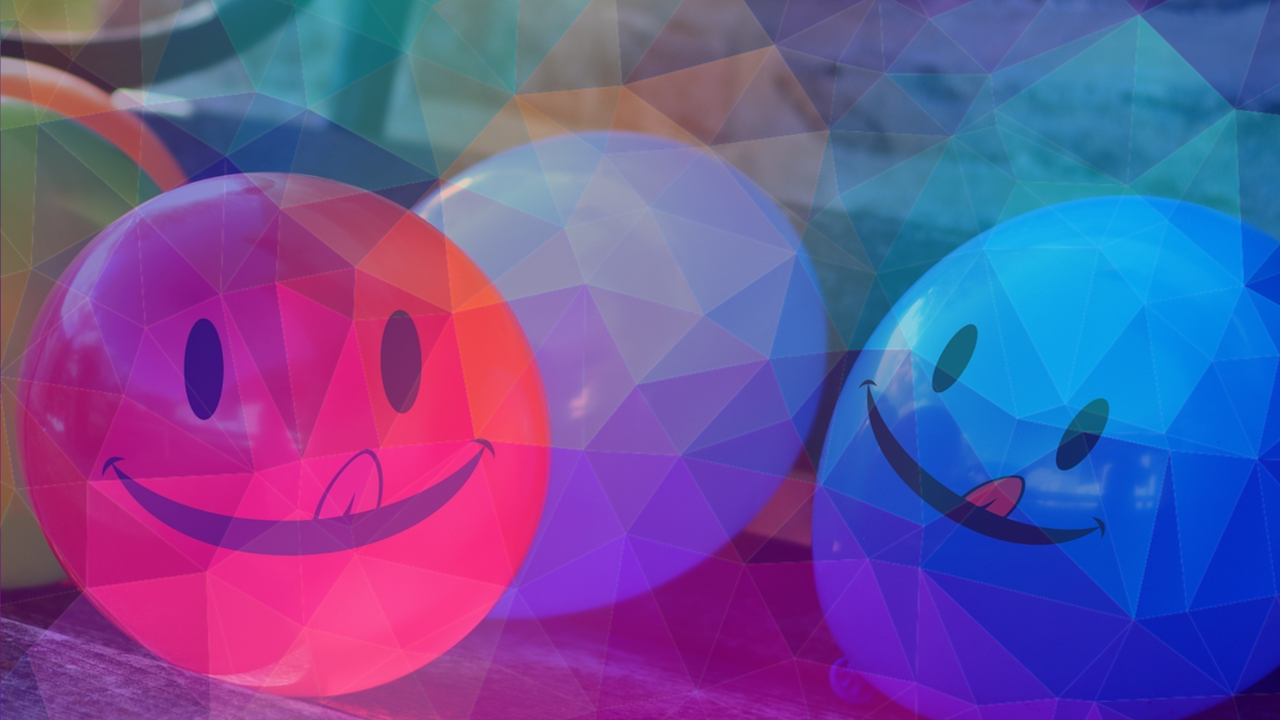 Phenethylamines are much broader than a class of psychedelics and are primarily known as ‘sympathomimetics’ because of their actions on the sympathetic (fight or flight) nervous system. Catecholamine neurotransmitters like norepinephrine and dopamine as well as the hormone epinephrine are the chemical mediators of sympathetic neurotransmission and drugs derived from phenethylamine traditionally used of therapeutic purposes mimic their actions.

Non-psychoactive phenethylamines include bronchodilator medications used for asthma such as albuterol while psychoactive phenethylamines include psychostimulants such as amphetamine, methamphetamine, and cathinones (‘bath salts’). Psychostimulants such as amphetamine act as ‘releasers’ of norepinephrine and dopamine, which stimulate the sympathetic nervous system. It is release of dopamine in the central nervous system that is thought to drive the habituating and addictive potentials of amphetamine. Thus, paying attention to dopamine releasing effect of phenethylamines is an important clue in understanding risk for habituation, re-enforcement, or addiction. 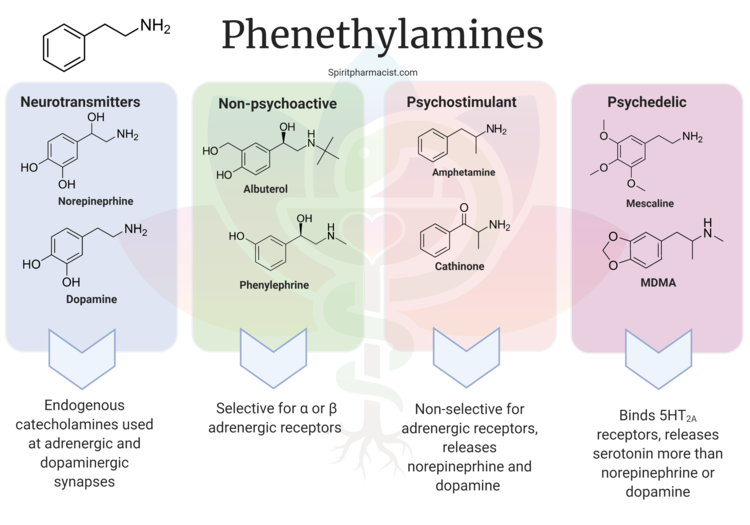 The psychedelic phenethylamines tend to act as ‘releasers’ of serotonin and be able to bind 5HT2A receptors, although preserve some of the effects of traditional stimulants by acting on norepinephrine or dopamine. They are hybrids between traditional stimulants and psychedelics. The prototype psychedelic phenethylamine is 3,4-methylendioxymethamphetamine (MDMA). MDMA tends to be euphoric and preserve the ego structure. It carries some risks of habituation, dependence, or addiction linked to release of dopamine. MDMA tends to distort sensory perceptions or cause hallucinations much less than classical tryptamine psychedelics (e.g. psilocybin, LSD, DMT). For these reasons one may consider MDMA more of a serotonergic amphetamine than a true psychedelic.

The degree of effect on dopamine neurotransmission and duration of action appear to help guide understanding of habituation. When comparing phenethylamine psychedelics like MDMA with novel designer phenethylamines, substances with higher release of dopamine and shorter duration of action can tempt the user to frequently re-dose. For example, when comparing the actions of mephedrone (4-methylmethcathinone or 4-MMC) with MDMA it is noted that MDMA has considerably less dopamine release than mephedrone and that mephedrone has dopamine release similar to amphetamine. In addition, mephedrone also has a much shorter half-life than MDMA meaning that pleasurable effects wear off sooner [1, 2]. Frequent re-dosing creates a stacking of physical effects, the risks of behavioral reinforcement and addiction as well as adverse reactions such as cardiovascular events, seizures, or psychosis increases.

None of this is to raise alarm bells about the addictive potential of MDMA or demonize amphetamine and cathinones. On the contrary, if we know traditional stimulants can be therapeutic and know that serotonergic psychedelics can also be therapeutic, drugs that hybridize their effects deserve thorough exploration for therapeutic potentials. The point is that the mechanisms of phenethylamine psychedelics are rather broad and tends to differentially effect serotonin, norepinephrine, and dopamine neurotransmitter systems. Psychedelic actions and effects occur due to release of serotonin and modulation of ‘psychedelic’ 5HT2A receptors while propensity for re-dosing and habituation is linked to duration of action and effects on dopamine. Chemical fingerprinting of psychedelic phenethylamines across neurotransmitter systems and measurement of basic pharmacokinetic parameters may guide harm reduction efforts as drugs with high potential for habituation and re-dosing are identified among the sea of alphabet-amines (phenethylamine psychedelics) available in today’s clandestine marketplaces [3].